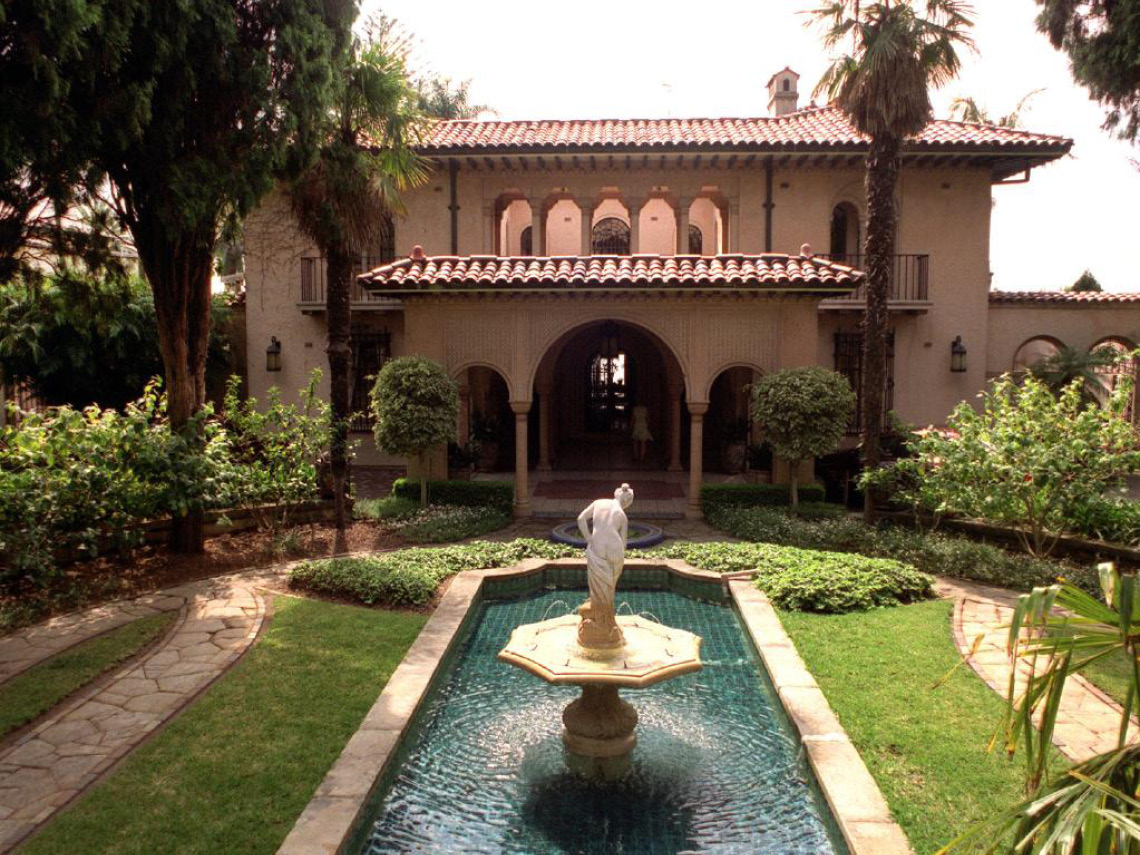 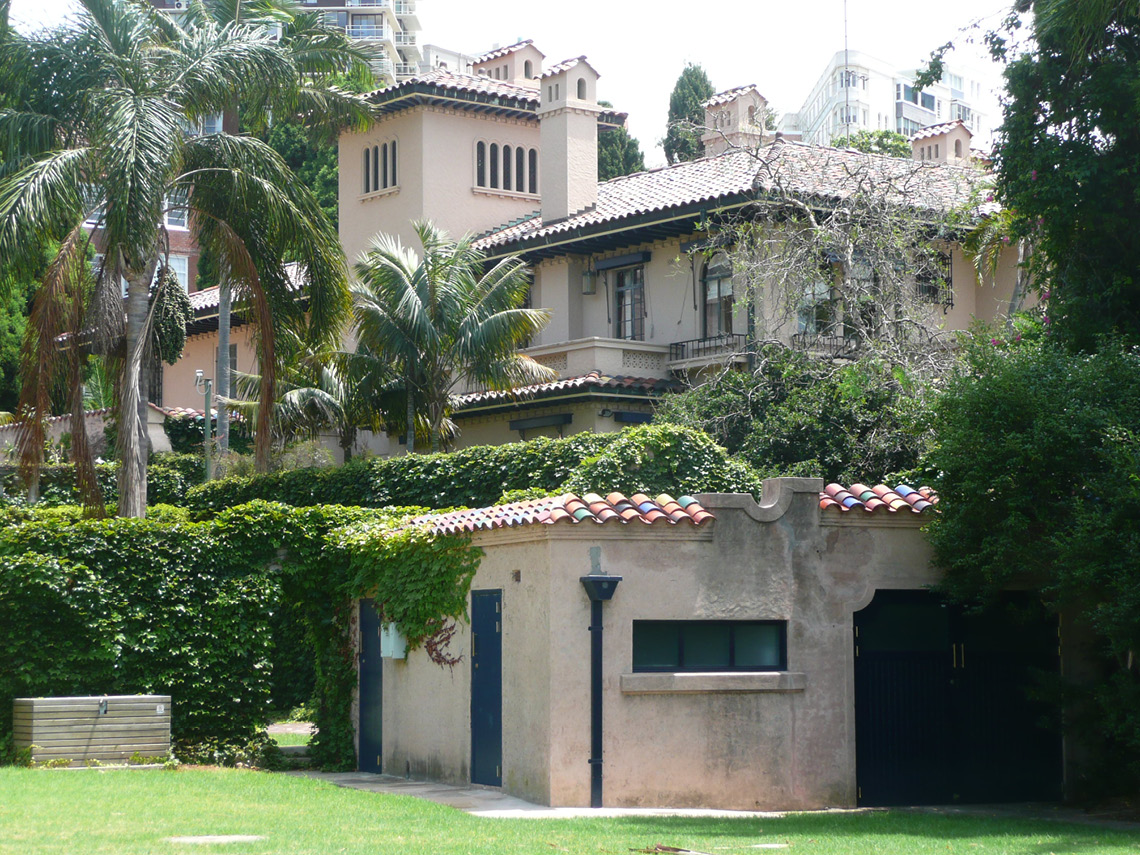 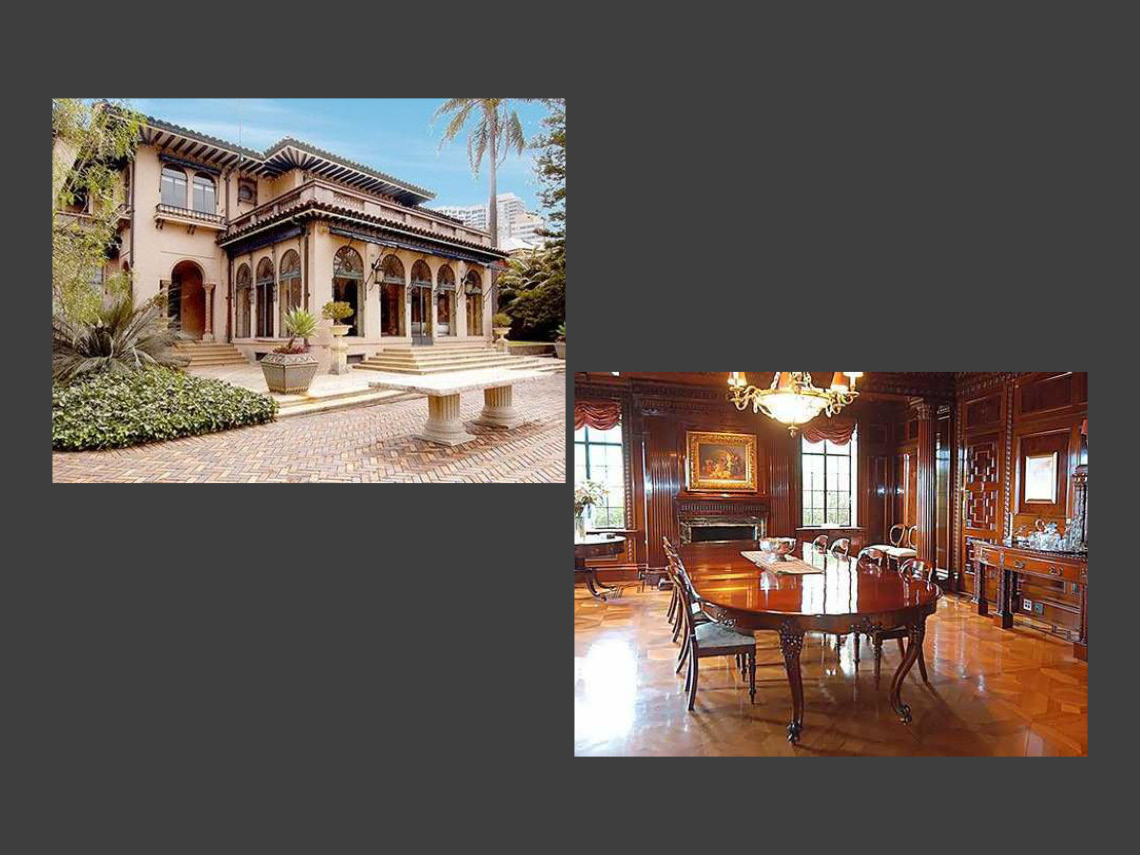 Designed in Spanish-American style, Boomerang (circa 1926) is a heritage-listed historic home in the Sydney suburb of Elizabeth Bay. It is regarded as the oldest and finest example of Spanish Mission style art deco architecture in Australia, and was featured in the Tom Cruise film, Mission: Impossible II as a Spanish mansion in Seville, Spain.

The floors on the ground level are limestone paved and in the dining room, former library, central lobby and upstairs bedrooms there is high quality timber parquetry of English oak with black ebony and American walnut borders.

The property has a fascinating history. English architect Neville Hampson designed the mansion for wealthy Sydney music publisher Frank Albert, and at the time three-storeyed Boomerang was one of the most expensive waterfront mansions ever built in Australia. The inspiration for Boomerang was from magnate William Randolph Hearst’s Castle, San Simeon in California, designed by acclaimed American architect Julia Morgan.

With 25 rooms, 6 bathrooms and 4 kitchens, in the basement it has a private cinema in the style of the State Theatre, constructed by Albert in 1928, to seat up to 200 people for private viewings. Since 2005, Boomerang has been owned by the family of Melbourne trucking magnate Lindsay Fox.

The heritage listed parquetry floor was water damaged in 2016. We were asked to restore it to be perfectly identical to the original, which featured a border of six hardwood species in lines of differing coloured wood. The overall cuts involved over 120 mitre joints without any gaps, all precision cut on site. This also included some mixing of stains and colour matching onsite, to achieve a near perfect match in installation, and finish. We completed the works with compliments from the owners who appreciated the care and attention to detail.