A History of Parquetry 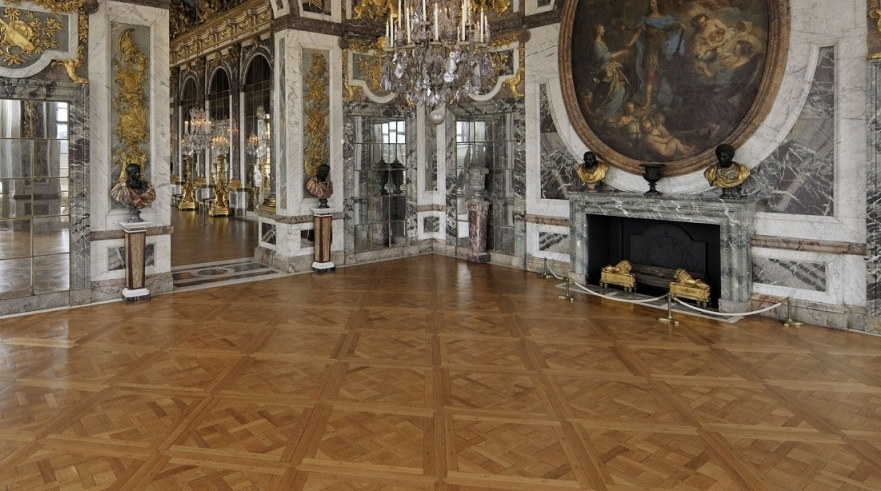 Reflecting contemporary design trends while respecting the timeless craftsmanship of the past, parquetry is a unique floor system adding quality and value in new and renovated interiors. The detailed geometric designs have their origins in historic European palaces and chateaux, with the same traditional patterns being used today.

Parquetry became popular in France in the 17th Century, but decoration on flooring can be dated back to the Egyptians, who painted stuccoed brick floors.

‘The rich history of Parquetry is one of the reasons I love working in this trade. We Love Parquet is a reflection of our respect for the traditions of this timeless craft,’ says Ivan Kirton, Director of We Love Parquet.

Before it was used on floors, a technique known as marquetry was used as furniture decoration using small pieces of inlaid wood. Marquetry is the centuries old process of creating pictures out of materials such as shell, stone, and wood.

In the 16th century, technological advances allowed marquetry techniques to be applied on a much grander scale, creating patterned floors of tightly fitting blocks of wood.

The geometric block pattern Parquet de Versailles became the standard flooring for the formal rooms of 17th century French chateaux. Even more elaborate designs were developed for Russian mansions and palaces. The use of parquetry flourished during the building of St Petersburg in the 18th century. The aristocracy commissioned craftsmen to create grand buildings as beautiful as the furniture and art works within them.

Large diagonal squares known as parquet de Versailles were introduced in 1684 as parquet de menuiserie (woodwork parquet) to replace the marble flooring that required constant washing, which tended to rot the joists beneath the floors. This is where Parquetry flooring has its origins.

Parquetry timber flooring is a sustainable, high end luxury product, pleasing to the eye and easy to clean and maintain.

Every floor is unique and can reflect the preferences of the designer and owner. Parquetry can vary by the type of hardwood, the cut and grain chosen, the pattern selected and the type of finish.  Its versatility means it is the flooring of choice in distinctive homes and hotels throughout the world.

A superior flooring option, due to the materials and work involved, parquetry flooring is designed to last and to enhance your quality of life.

Above: Parquetry in the Peace Room at the Palace of Versailles, France.